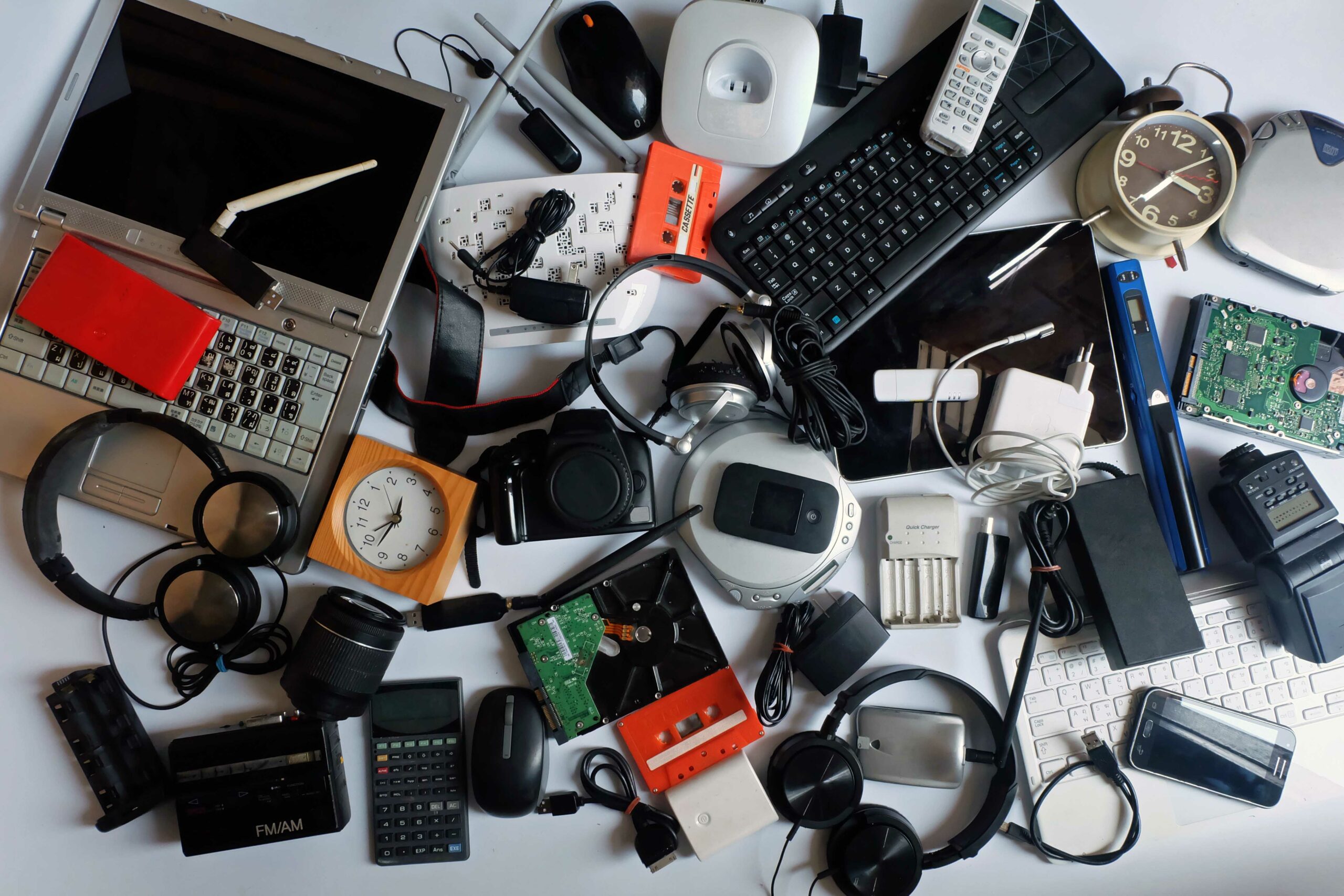 According to the Punch Newspaper, a recent report from Green Compass Recycling revealed that about 90% of electronic waste (e-waste) illegally imported to Africa, ends up in a single destination: Nigeria. The report further highlighted that, in 2017, 288,000 metric tons of e-waste was generated in Africa alone.

Cycled certainly does not support illegal importation of any product but these numbers got us thinking about the potential of e-waste recycling in Africa.

Precious metals are not only useful for the bling – quite a lot of them are used to make circuits in electronic devices. Gold is particularly used as electrical contacts due to its highly efficient electrical conductivity, and corrosion resistance—gold is really a badass metal. This is very important for the tiny circuits in these devices – think old mobile phones, computers and TVs — that require very low voltages and currents, which are easily interrupted by corrosion. In summary, if these electronics were not made with gold, they will fail in no time. Hi China! 🙂

Recent reports suggest that mining gold from e-waste could be more profitable than conventional gold mines. General wisdom is that, in a typical mine in South Africa, you will have to go through 1 ton of gold ore rubbles to retrieve 1g of pure gold but, you can get same amount of gold from just 40 old mobile phones.

1 ton of old phones will yield an average of 300g of gold. As such, it is reasonable to speculate that 100g of gold can be retrieved from 1 ton of any pile of electronics. Based on that assumption, 288,000 metric ton of e-waste will contain 28,800kg of gold. Using the current gold price of circa $38,000 per kg, the value of gold in the annual e-waste generated in Africa is worth $1.64 Billion.
From a recycling perspective, this means that there is a whole lot of resource that can be stripped out of e-waste. And, in other parts of the world, people already do this very efficiently.

There are three popular ways of retrieving gold from e-waste (also known as urban mining). The first involves setting the whole pile ablaze. Since gold melts at a relatively high melting temperature, every other material will burn off leaving the gold as a residual solid material. However, this method is also very effective in poisoning the environment– think fumes of burnt plastic.

The second method involves some nasty chemistry so if you were never a science student, for your own good, do not even think about it. Basically, it involves dunking the electronics in Aqua Regia (a mixture of nitric and hydrochloric acid), and waiting for all the gold to dissolve into the solution. However, since Aqua Regia is such a kick butt chemical, it does not just dissolve gold – it dissolves all other metals in the electronics. As such, you will still have to go through another chemical procedure of separating gold from other metals in the solution.

My favorite method of urban mining is called selective leaching. Just as the name implies, it involves selectively picking out gold, and other metals, from e-waste. It is kinda like using a magnet to pick needles from a haystack. In this case, the magnet will be a specialized solvent that selectively dissolves gold out of the electronics – every other component is left intact. In less than 10s, retrieved gold can be re-solidified and sent back to the market. At some point, you might want to expand your mining business to other materials available in the electronics.

There is a lot more gold in Africa than we all thought — the value of gold available in the total e-waste generated in Africa is equivalent to 40% of South Africa’s 2016 gold export. It does not make sense that the “easier to retrieve” portion is literally left to waste, but who asked me.