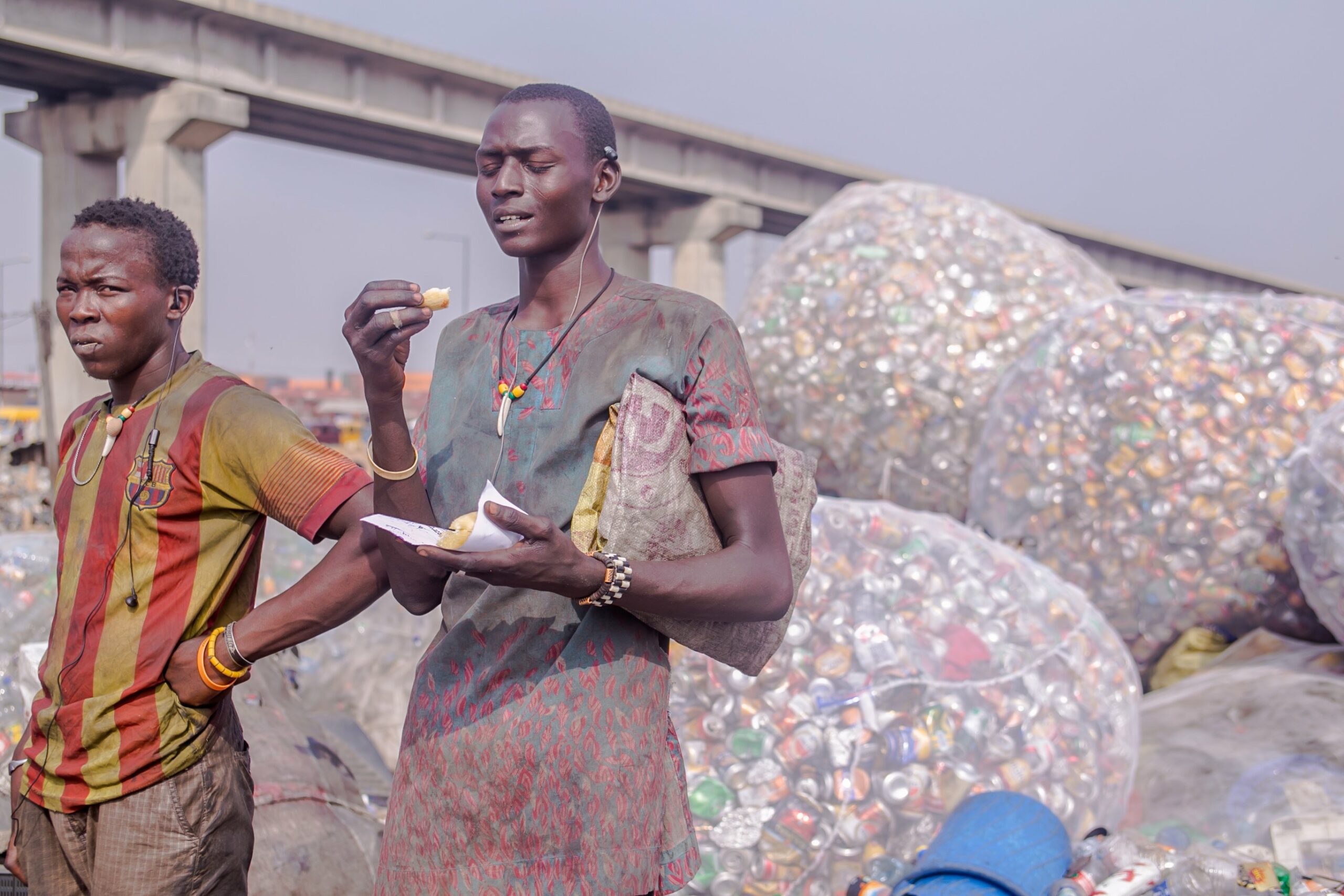 Lagos, the commercial capital of Nigeria, is arguably one of the most exciting city in West Africa. From an economic perspective, there’s no near rival; from a population perspective, there is none denser; and from a lifestyle perspective; there is none more entertaining. Any Lagosian you speak with is sure to reveal some potential financial opportunities, and feed you with tales of the congested city life — peppered with entertaining twists. Lagosians also love to talk and are extremely good in detailing events. As a tourist, even if you dont get to physically enjoy some of the experiences, it would be easy to find someone to “gist” you through the details like some speech based virtual reality. Some of these experiences could be literally out of this world e.g. hanging out at the bar in a real psychiatrist hospital (Yaba left), or having to buy back your mobile phone off the person who just snatched it off you. However, there are a few grey areas where no one will readily be able to share experiences with you, and one of them is understandably the landfills.

This post attempts to fill that gap based on our experience visiting some landfills in recent trip to Lagos. We went out there to learn about their work flow— in view of establishing strategies to integrate the workers in our digital recycling model— but we sure got more than we bargained for.

The first site we visited, Olusogun, is dubbed the largest in Africa. It was undergoing a “shut down process” so we were refused access. The place was secured with armed military men so one could tell that the orders were from high above. We briefly considered getting an aerial view with a drone but that thought didn’t last long after stern warnings from the guards; “if you try it, you and your drone wouldn’t leave here in one piece”. We had our good citizen’s hat that day so we decide to quietly take our exit. Not like anyone is scared of military-grade beatings, riiiiiight?

The next landfill, was significantly smaller than Olosogun, but had enough recyclables to dwarf our entire waste collection of 180,000kgs. It is owned by a surprisingly gentle man called Alaye. He welcomed us to his territory under the strange pretext that “helpers sometimes disguise as intruders”. In order words, we looked lost but he had a feeling that the directions we sorted could also lead him to the promise land. 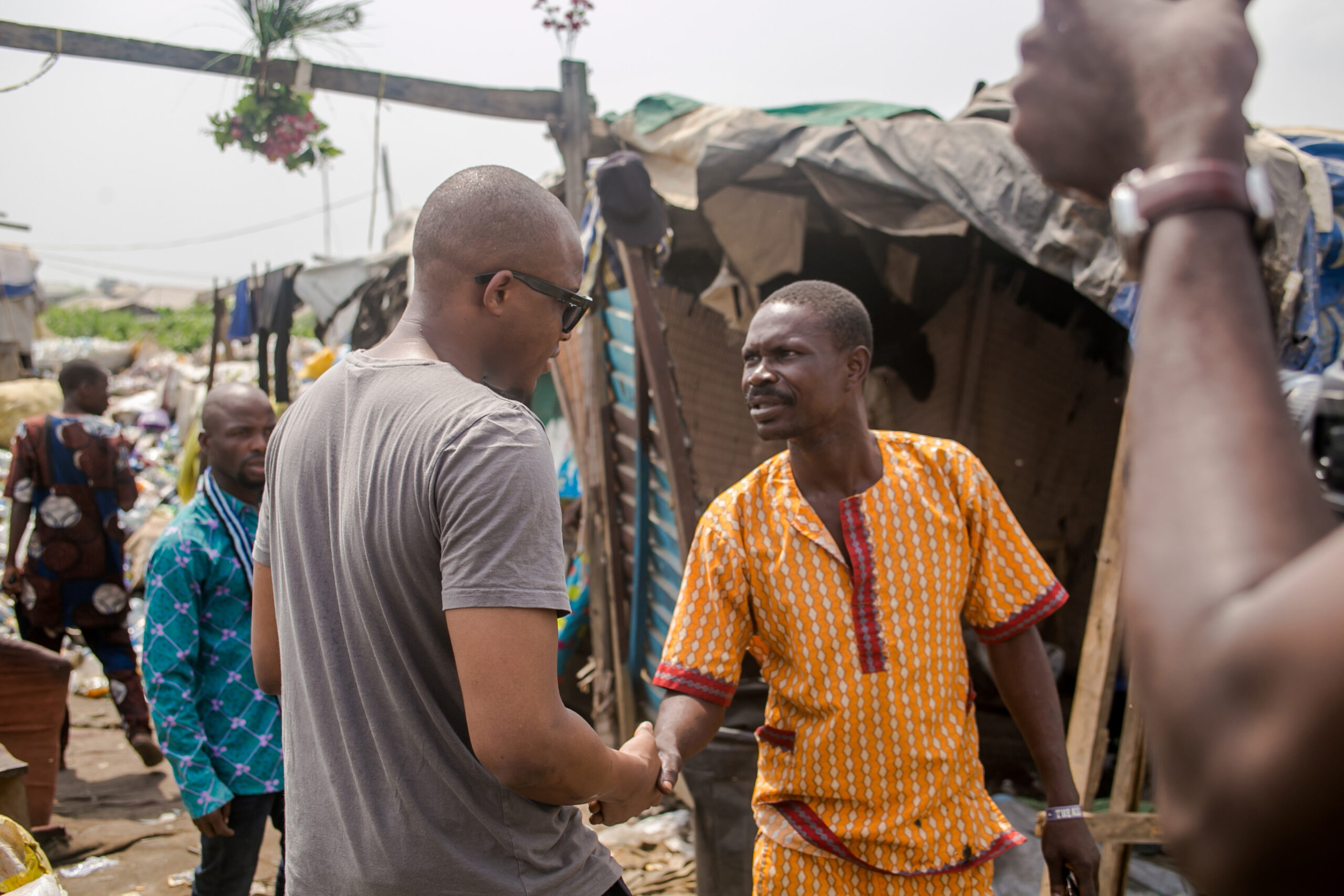 Alaye narrated how he climbed the ranks in the industry, starting from when he was an orphan 10yr old, to purchasing the land we were standing on. The land was acquired to expand his business in trading recyclables. He stressed that his major challenge was lack of access to the loan he requires to purchase a vehicle. This would make it easier for him to transport his goods to recycling facilities. I asked how he and his boys currently handle transportation. They pointed to some rickety barrows. 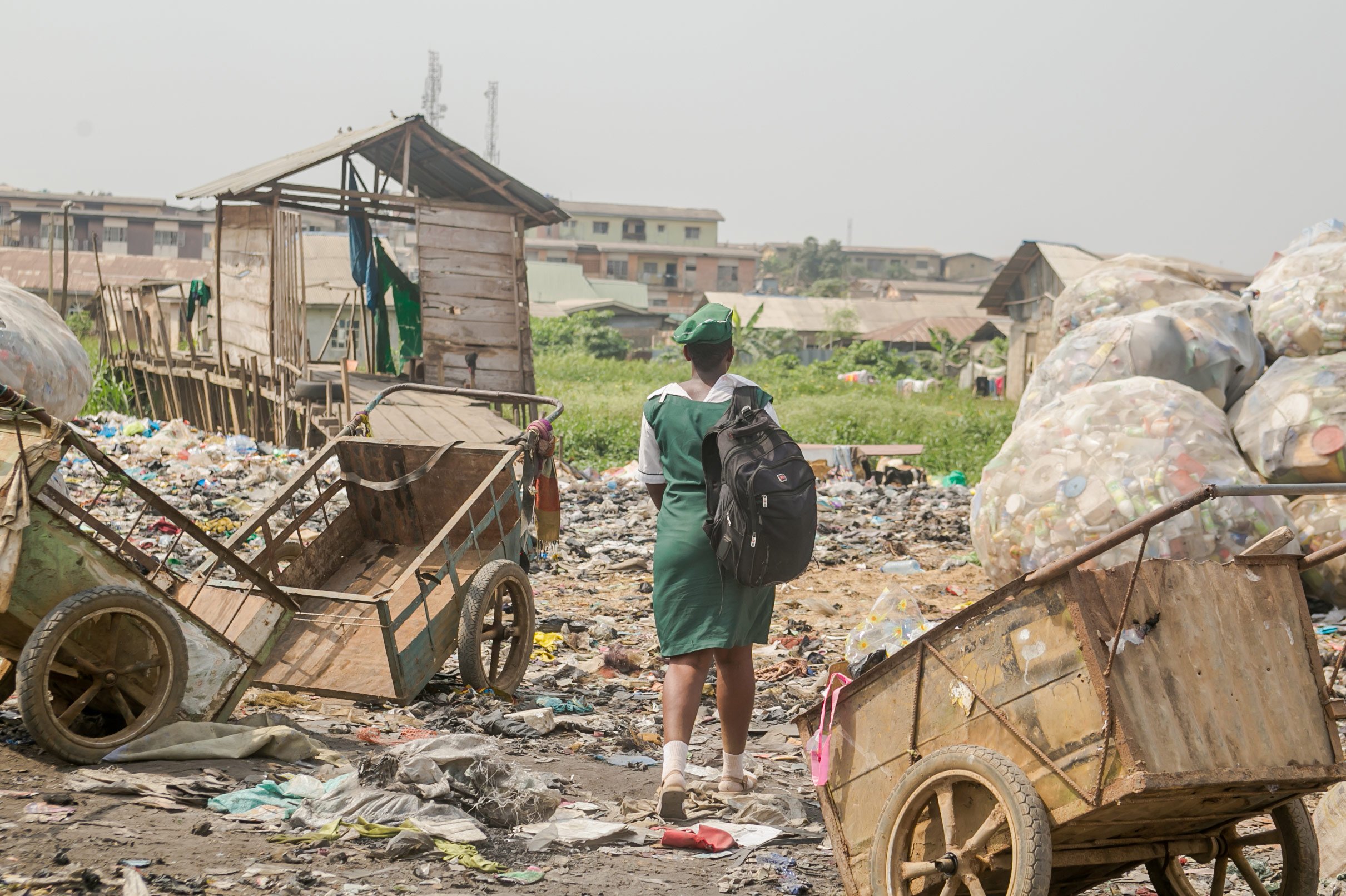 Of the 20 chaps working under Alaye’s supervision, Edwin was by far the most intriguing— he was also the oldest. His mates call him Little Jesus because he’s only 150 cm tall while his heart alone spans across kilometers. I realized this for myself when he refused my offers to buy lunch at the end of our visit. He replied: “lunch would not help me or my mates’ situation. What you owe us is to ensure that, the information you gathered here gets out to the world so people know of the effort we are making out here. Maybe someone out there can really help our situation.”

I later realized that Edwin’s coherence and intelligence stems from his well-educated background. He worked himself at the dumpsite through an Electrical Engineering degree and founded an electronics repair store upon graduation. A few years down the line, he realized that his investments on the store wasn’t yielding any reasonable return so he quit to focus on his work at the landfill. His electronics business needed time to grow, but time was something Edwin couldn’t afford since he was the bread winner of his family. 10 years has passed since his company folded but he still dreams of the day he will be able to get back into the electronics business. However, at the moment, he feels stuck. 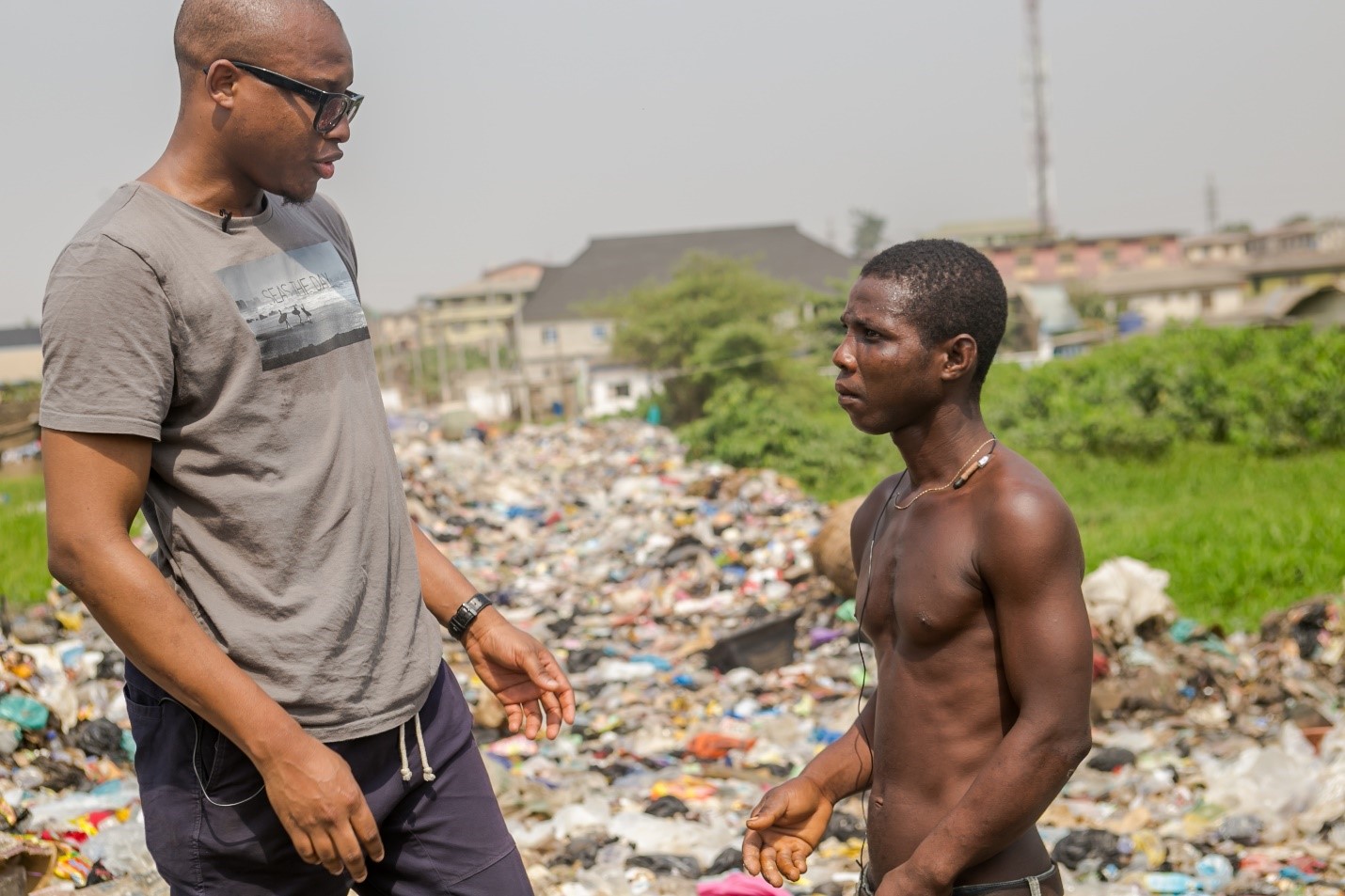 An intriguing revelation from our landfill visit was that Alaye, Edwin, and the rest of the 19 chaps working on the site, were all either abandoned or orphaned at a very young age, but yet very intelligent and decent individuals. These people were never served a fair chance to be nurtured towards a successful future but are struggling towards their dreams against all odds. As I walked out of the dumpsite, I realized that the only real difference between Edwin and myself was the cards he was dealt by Mother Nature. Deep down, I could see him doing better than anyone given only half the chance.

Looking back, it is striking that Alaye and co. actually resulted to a career that is atypical of their background. The easy way out would have been to join one of the many street criminal gangs. However, for some miraculous reason, people who have been abandoned by the world, still chose to honor its laws by earning an honest living.

Edwin was right. What he and his mates need is a path to realize their dreams. Alaye needs a soft loan mechanism and access to international recyclables prices so he can earn a decent income from their efforts. Edwin needs a job that would allow him to save up towards reopening his electronics business. The other kids need to be in school already – not pushing barrows twice their weight. I needed to do better than lunch. I still need to do better. All waste management companies need to do better than attempting to putting them out to dry. We all need to do better than relegating these gems to the nadir societal status.

Most of the landfill workers in Lagos have similar stories. In my books, they are gems and should be referred to as such. If you still think it’s okay to keep calling them scavengers, according to Justin Bieber, you should go and love yourself….