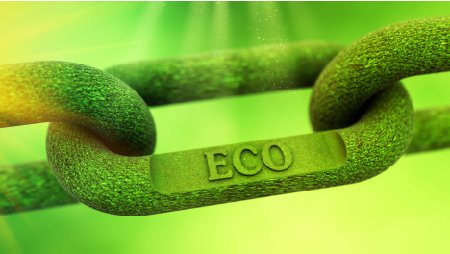 It might come as a surprise that a green project like Cycled is implementing on a “not-so-green” platform like the Blockchain. Some might even say it’s counterintuitive since most of our CO2 savings will anyway be burnt by the Blockchain — plus more. This might be true with the traditional Proof-of-Work (PoW) algorithm that powers most Blockchain projects but it is definitely not the case with the Proof-of-Stake (PoS) algorithm.

Cycled is currently piggybacking on the Ethereum Blockchain so it is imperative to discuss its widely publicized migration from POW to PoS. This post does just that.

Blockchain technology’s core attributes of a decentralized operating system have been the backbone of the fintech/finsec crypto ecosystem, opening it up and endearing it to other sectors of the global economy. Despite this widening impact, the background processes involved in creating cryptocurrencies, known as mining, have raised a lot of concerns about cost efficiency and eco-friendliness. This is because the foundational model of the Blockchain was designed to work on the principle of the consensus POW algorithm that by default requires very high-energy consumption.
Available data by the Ethereum Energy Consumption Index indicates that Ethereum’s current estimated annual electricity consumption is about 19.57 Twh. What this means is an estimated to be 0.09% of annual global electricity consumption, a number which is more significant when we compare with individual country consumption. For instance, it is more than that of Iceland in a whole year! When we combine this with Bitcoin’s energy consumption, the number jumps to 42.67 TWh. And there are hundreds of other crypto outfits with their own consumption, which when aggregated raises the number further.

Why Proof-of-Stake Instead of Proof-of-Work

The arguments over which consensus algorithm should drive Ethereum Blockchain sometimes get derailed by a focus on supremacy instead of functional efficiency. The truth is that at the heart of all such discussions is the issue of energy efficiency and by extension cost efficiency. While both algos have a common goal which is to provide the basis for reaching consensus on which blocks should be trusted on the Blockchain, they have a different approach to achieving this. In other words, the problem is with the process of providing consensus.

The Problem Posed by PoW

By design PoW system involves different computers in the decentralized network striving to outpace each other in a bid to solve mathematical puzzles because the first computer that does so and broadcasts its block to the network gets rewarded with new coins. The implication of this is that success is usually determined by computing power which itself is a function of heavy investment in hardware. On the positive side of things, this process makes it difficult for hackers to operate in the mining environment because their little chances of success combined with the startup expense make it not worth the while. While this has been “the reason to be” of PoW so far, the disadvantages have begun to weigh more over time. Besides the fact that the mining difficulty has eliminated individual participation, the bigger issues have remained those of energy efficiency and sustainable, eco-friendly standards.

The Answers Provided by PoS

As a direct opposite in approach to PoW, the PoS consensus algorithm uses nodes in the form of validators who stake their money on the blocks added to the Blockchain. Instead of solving algorithm the option here is to use the value a staked in terms of coin exchange market value to determine chances of creating a block and receiving the transactions fees and contained in it and their stake back if the block is valid by consensus. If the block is deemed to be fraudulent in the process of consensus building fraudulent, the bond validator will lose their stake. This way, scrupulous elements or bad actors get punished for any attempt to game the system by supporting invalid blocks and issues of heavy spending on mining hardware and energy investment are eliminated.
In addition to the energy efficiency solution, the PoS algorithm also means improved security, reduced risk of centralization, and explicit economic security for the Blockchain ecosystem.

As desirable as the PoS option is however, objective developers and Ethereum enthusiasts are careful to point out a loophole through which bad actors could game the system in the form of what is termed “Nothing at Stake”, where validators could stake on two competing blocks with the hope of increasing the chances of a fake block to be validated so they can reap from both.

The good news is that there’s a development billed to completely migrate the Ethereum Blockchain to from PoW to PoS, codenamed Casper. With Casper or Ethereum PoS, there’s an inbuilt mechanism called “slashing” to handle all the security concerns and criticism of PoS How far it will go to eliminate such loopholes will be seen as Ethereum prepares to enter Serenity, the last phase of its four-phased development plan.

The idea behind Casper is to use it to migrate Ethereum from PoW to PoS in a two-phase plan. The first is the Friendly Finality Gadget (FFG) which is a hybrid PoW/PoS consensus and the second is the full-fledged state called Correct-by-Construction (CBC).

As I already established, the overriding point of emphasis in the PoS value proposition to the Ethereum Blockchain going forward is the advantage of a more energy efficient system compared to PoW. With validators, the issue of generating consensus for recognizing blocks no longer requires mining and the attendant waste of resources in terms of mining costs and energy costs. Instead of depending on the security that comes from users contributing computing power, the blockchain is now sustained by users holding tokens on the network and staking same to validate new blocks.

Value of PoS Transition to Future Projects on Blockchain

With a total cap value of about $28 billion, Ethereum without the implementation of PoS and completion of its Serenity phase stands as the second largest cryptocurrency, holding an 18% share of the total crypto market cap. It is therefore very safe to conclude that with a full migration to PoS, the attributes of a decentralized system combined with the fresh gains of energy efficiency and improved security in the ecosystem will further endear the Ethereum Blockchain to other future projects, especially in other sectors of the global economy.

As Ethereum revs up in preparation for Serenity, the last phase of its development, the transition from PoW to PoS algorithm no doubt represents a step in the right direction. Regardless of any fears concerning its efficacy, the permutations on ground, especially after the testnet period of the algorithm indicates there’s a lot to gain in terms of energy and cost efficiency.

The Ethereum PoS transition is one of the major reason Cycled chose the platform as a host. It is very important to us that we are overall a Green Project so we will be watching this transition closely.