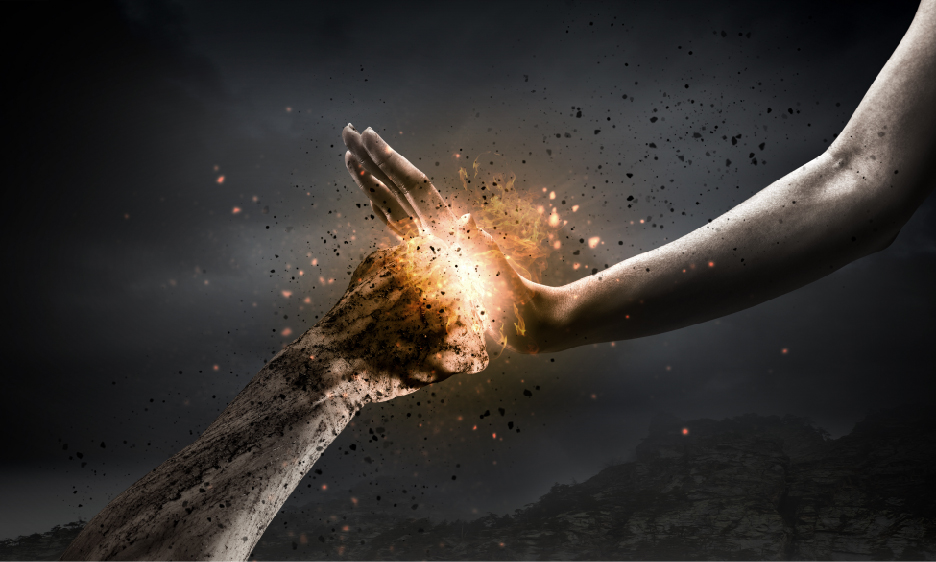 Recycling — the last line of defense of the 3R hierarchy

Hierarchies are undoubtedly useful in unifying priorities within a group. They are often used as a set of rules to guide dynamic decisions made from diverse backgrounds, towards a common goal. In a soccer team for instance, the coach is the first point of contact for tactical information but once the game begins, this responsibly falls on the captain of the team. So every team member, regardless of their background or role, knows the appropriate person to approach for a unified set of game-winning instruction. In the absence of such system, one can only be left to imagine how chaotic soccer games would be.

To avoid such chaos in the Waste Management Industry, we also have our own hierarchy commonly known as the 3Rs:

Reduce. This always has topmost priority; kind of like the Pope of the situation. According to waste management scripture, regardless of the material being used, waste reduction should always be considered first. Waste reduction also requires very little effort from individuals, and is mostly based on commonsensical reasoning. For instance, to reduce food waste, make sure you only serve the amount you can finish; to minimize plastic usage, ensure to always take along a bag when you go to the market; and to reduce water consumption, don’t keep the tap running while your brush your teeth. With a little extra caution to these strategies in our daily lives, thrash outputs can be drastically reduced.

Reuse. This basically tells us not to throw out that grocery bag after first use. Plastic containers can be reused to store home cooked food and glass bottles can be reused to take drinking water along to the beach. There are also cool ways to reuse other items like: using old CDs for mosaics or transforming your old monitor to a really cute bed for your dog.

Recycle. Unfortunately, all lives do come to an end. No matter how cautious one is, that grocery bag will eventually tear apart and that’s the point the recycle strategy come into play.

Just as any ranking system, the waste hierarchy gives us a general indication of priorities. This shouldn’t be mistaken as a stiff indication of importance. While Reduce generally has a greater priority than Reuse or Recycling, this doesn’t mean that in all situations, waste reduction is more important than reusing or recycling. Just like in the case of soccer team; the goalie is often not an important source of game-winning tactical instructions but his/her importance takes a U-turn when the opposing player is in a one-on-one situation. At that point, defensive tactics to avoid this dangerous situation had failed so all importance lies in the goalie’s skill in avoiding a goal. In a similar fashion, reducing or recycling becomes really important when reduction is not possible. For instance, while it makes sense to keep reusing your car tires a year after purchase, from a safety perspective, it doesn’t make sense to keep using those tires past their expiry date in the name of Waste Hierarchy; at that point in time, to avoid a car crash, recycling is more important.

Another pertinent example is single use plastics. Products of this material are now a major source of pollution to our waterways so it’s fair to say the adaption of the “reduce” strategy for this material is failing. While we will never be able to afford giving up on the Reduce strategy, we also have to put in place the Reuse and Recycle measures to ensure that those materials don’t end up causing further damage.

On several occasions, we have come across groups discouraging recycling initiatives in the name of “Waste Hierarchy”. Typically, these arguments are: “we should be focusing on reduction not recycling”. But, the 3Rs are not opponents! These instruments are meant to work together as a team so pushing aside lesser priority options would just be like playing a soccer game with no defender or goalie in the name of “scoring goals win games”. Disaster.

Having said that, recycling initiatives also have to ensure that the capitalist mindset doesn’t defeat the concept— we must not encourage people to consume more with incentives in order to boost our revenue. This is where the design of incentive mechanisms become tricky i.e. we have to diversify away from the conventional quantity based incentives.

Diversification of incentives is also not that straightforward as they are most effective when they evolve with the people. For instance, if a quantity based recycling challenge is offered for empty bottles in a classroom of 50 where only 2 people participate, it would be easy for the participants to get empty bottles from the “waste” of other classmates. In such a scenario, it wouldn’t be logical for the participants to consume excess beverage just to get more bottles when one can always find free bottles lying about. Things quickly change when all 50 members of the class sign up for the same competition; it becomes more difficult to get free bottles so participants might be influenced to consume more beverages just to lay their hands on more bottles— especially when the incentive has a high value.

Our environment has no boundaries so it is obvious that the only way to win the Sustainability Race is by collaborating. The hierarchy system is a useful unification mechanism for achieving this but the fact that there are many overlapping players working towards the same Sustainability goal makes this system a bit complicated to adhere. As such, it is important that all sustainable initiative highlight their fundamental role as a player the in the “team of solutions”— not as the solution itself. In waste management, the fundamental role of recycling is clearly to act as a backup when the Reduce and Reuse strategy fails. This is synonymous to being the last line of defense of the 3R team.