Phones, not banks, hold the future of financial payments in Africa 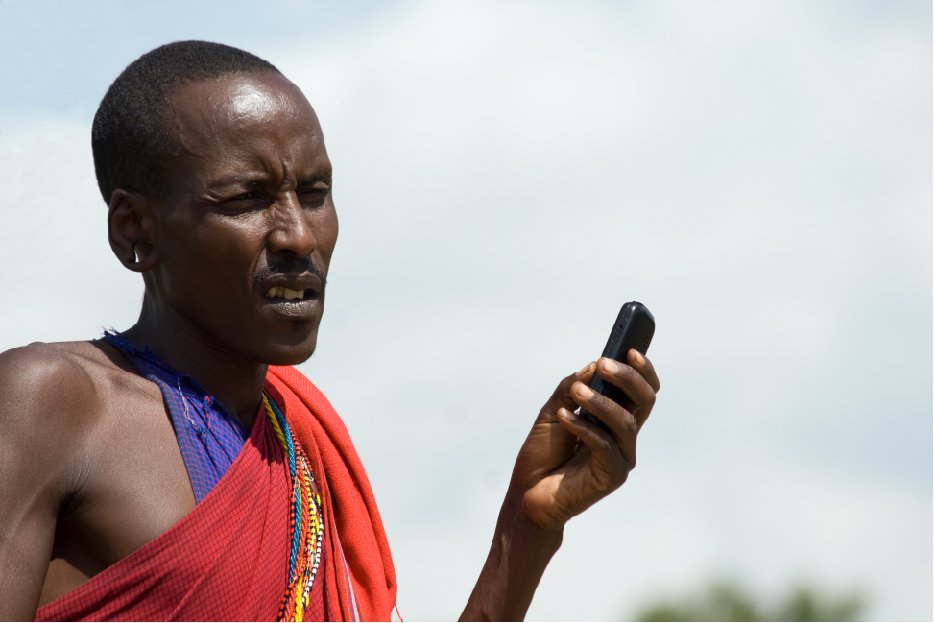 The growth and innovation in mobile telephony have transformed economies globally today, improving every aspect of human and business relationships. Like almost every other industry, one might expect Africa to be lagging behind, but this is not the case. According to Deloitte’s report on the African Telecommunication Sector, “ The blueprint for the brave ”, the African telecommunication market is the 2nd fastest in the world – with countries like Nigeria experiencing up to 100% yr-yr growth rate. A recent report published by Jumia, Nigeria’s largest online retail outlet, also reported that the number of Nigeria’s mobile subscribers has reached 150 million, and the number of its internet users has climbed to 97.2 million. These are equivalent to 81% and 53% of the country’s population, respectively. On the other hand, according to a World Bank report, only 40% of Nigerian Adults have bank accounts .

Progress in the telecommunication industry has had major impact in several other industries in the continent. With the penetration levels of mobile telecommunication surpassing that of banking, despite the relatively recent introduction of mobile phones, it comes as no surprise that a key area of impact has been mobile financial services (MFS) — wherein within a short time of deployment, the continent has grown to become the world leader.

Today, the mobile money business has boomed, impacting the African economy in more ways than when it first started. Opportunities in mobile money services have also expanded beyond everyday local P2P, or P2B transactions — now covering other financial services such as credit/loan facilities, insurance, investment, and forex, in terms of international business transactions and remittances. A lot of people are now receiving money from relatives abroad through this means, thereby increasing the overall earnings on remittances because it’s relatively more convenient than traditional banking methods.

The natural consequence of such expansion in service scope and market acceptance has being an increase in the number of players offering the service. Aside Safaricom’s pioneering work in Kenya through M-Pesa, many other providers have launched similar offerings across the continent. The other top players include MTN Money, Equitel, FNB, Paga, amongst others.

Perhaps the impact of the growth in the MFS subsector is better captured by Global System of Mobile Communications Association, GSMA, report states that over half of the 282 mobile money services operating worldwide are located in Sub-Saharan Africa alone. By the time we add numbers from other regions, Africa’s lead becomes even more pronounced.

Strikingly, the MFS marketplace in Africa has been dominated to a very large extent by mobile network operators (MNOs) — at the moment though, M-Pesa and MTN Money lead the pack with users on platform accounting for more than half of the overall users of mobile money across the continent. While you would expect the banks to have capitalized on M-Pesa’s initiative, being the default banking backbone in terms of large customer accounts base, it is the Telcos that have maintained the momentum, especially by driving innovation to cater for the unbanked, with the banks playing catch up.

Obviously, the Telcos have leveraged their innovative services on their superior subscriber base compared to banks and other tech startups. MTN alone boasts of over 170 million subscribers, making it the largest MNO in Africa, easily dwarfing competition from all the bank operating MFS because their whole banking customer base combined doesn’t come near that. This notwithstanding, the other MFS operators still have a fair chance of seizing a commanding market share, but only if they can leverage on the most effective emerging technology. This brings about a serious consideration for the Blockchain technology.

One of the greater breakthroughs of the last decade has been the birth of the highly disruptive Blockchain technology. The technology which started off as a fintech/finsec solution has since proven its potential for solving the problems associated with all kinds of business models across different sectors of the global economy.

As great as the mobile money intervention is in providing basic or advanced MFS to the African market, there are still areas where it can be bettered in terms of speed, security, and cost-efficiency. This is where the idea of Blockchain-based tokens or crypto assets come in very handy. The technology’s key advantage is hinged on the core operating principle of an open ledger system that delivers a decentralized, peer-to-peer and smart contracts enabled network. What this simply means is that Blockchain system eliminates dependence on a trusted third-party to facilitate digital relationships such as exchange or other value, and as a result brings more speed, security and value to users.

Of course, like most emerging disruptive technologies, the evolution of Blockchain has faced challenges in the form of opposition in some quarters, but its relevance has been validated by the wealth it has created within a very short time of existence. At the moment, experts have already forecast the cryptocurrency market cap would hit a projected 1 trillion US dollars’ mark by the end of 2018 and 5 trillion by 2023. With such unprecedented growth margins, it is little wonder therefore that many other non-fintech sectors of the global economy have kick-started different projects to adopt and maximize the benefits which abound in using the technology.

Amongst other things, therefore, Blockchain-based tokens will transform the mobile money ecosystem in the following ways:

1. Better Speed in Transactions: The elimination of different layers of interests from the transaction process translates to better speed

2. Better Security: the open ledger system guarantees user data or information better because there’s no central network which hackers or fraudsters can attack

3. Better Returns on Remittance Earnings by eliminating duplicity in payments in all existing model. This is possible through the peer-to-peer consensus algorithm that eliminates the need for third-party authenticators

4. Liberalize the system by putting more power in the hands of users. This is possible through the open ledger system that decentralizes administration or control of the service platform.

6. Universal Exchange Value: Crypto assets have a better exchange value because the crypto exchange is void of all the hassles and institutional controls involved in fiat forex.

Blockchain-based tokens for mobile money business is applicable to all existing industry players within the African marketplace today. The Telcos, banks and fintech startups can all maximize the potentials of this phenomenon to deliver better services and enjoy deeper penetration, and by extension, greater market share. The key is to borrow a leaf from existing crypto assets or forge relevant integrations and deals. The market is there for the taking.

While the mobile money business has thrived within the African marketplace, the breakthroughs in emerging technologies such as Blockchain can even have a greater impact on its operations in terms of service delivery and better returns on investment. There’s no questioning the fact that mobile technology is the future, but all of that is the groundwork for a crypto-driven global economy.