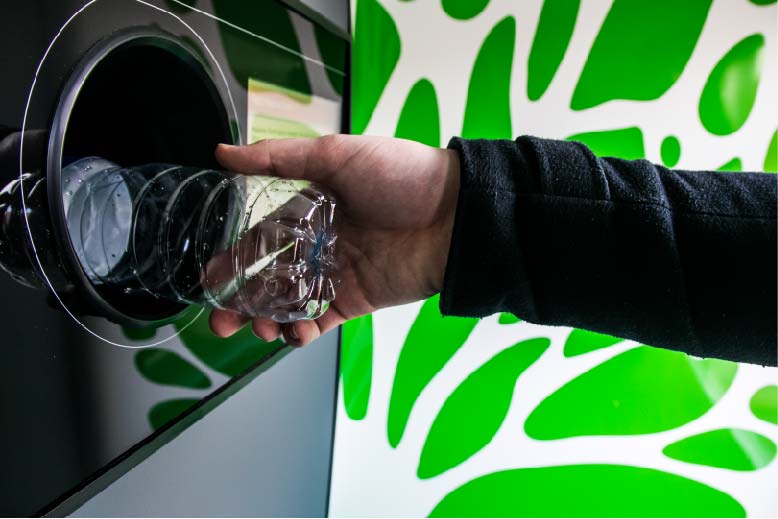 Great news for the recycling industry today! The U.K. government have given the green light for deposit schemes for all plastic, glass and metal containers. Similar policies are already in operation in 38 other countries and the U.K. is hoping to use this mechanism to further increase their recycling rates. The fees users will receive for items will vary according to the size of each material and the “reverse vending” machine is being considered as a means of automating the process.

Reverse vending? Well, that’s basically putting the typical vending machine on a reverse gear— instead of spitting out your beverage after sucking in your money, it sucks in your empty containers then spits out the cash you deposited.

This system reminds me of the good old days in Nigeria when the glass-bottled beverage was all we had. We were mandated to put in a deposit for the bottle if you wanted to take away the bottle. Boy, that scheme was EFFECTIVE! Beverage bottles were like gold; no one messed with them. In effect, almost all bottles that went into circulation ended up being recycled. Benedikt has a very similar testimony for the deposit scheme in Germany so this was one of the early influencing concepts of the Cycled initiative and the major reason why we stuck with financial incentives. However, we reasoned that we can’t go back to the manual collection system hence the digitalisation of the whole process and the blockchain implementation.

I promised to get back to you guys on the smart bin and there couldn’t be a better time than now! The smart-bin concept is basically an affordable reverse vending machine that we have been working on in the lab for a few months now. The concept is to develop a bin that only opens with Cycled app user’s unique ID and the attribute points immediate disposal is done. This allows for the accumulation of large quantities of clean and sorted recyclables in one location. We have great ideas for the incentives and are working really hard to bring it all to reality soon!